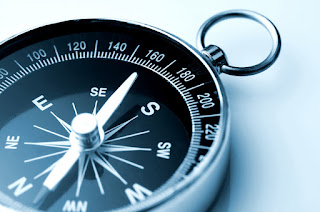 Many immigrants experience great economic, academic, and professional opportunities in America.  As such, they have contributed to advanced technologies and capabilities that the US has enjoyed and will continue to benefit from.  However, opportunities may not always be available for security clearance jobs with cleared defense contractors. A subject’s inability or unwillingness to demonstrate full allegiance to the United States of America over any other country, reduce risk of foreign influence, or demonstrate preference to the US over their own countries’ of birth, the burden on national security could be too great to grant a security clearance.

This article is the third of a series of installments on the thirteen Adjudicative Guidelines. These guidelines are fundamental to the government’s role of evaluating persons and making security clearance decisions. It is the responsibility of each applicant to demonstrate they are capable of protecting classified information under the Guidelines both during the initial investigation and periodic reinvestigations. Often, Guideline C concerns appear with Guidelines A and B. Because of the close nature with Guidelines A and B, we will write this article in the same manner.

A subject under the security clearance adjudication process could have acted or be acting in ways that demonstrate preference for a foreign country. This preference could arise from being born in a foreign country, a foreign spouse, or just ideological concerns which manifest into decisions harmful to the United States. Some indications include travelling with foreign passports, serving the interests of foreign nations, or using foreign documentation to maintain foreign assets. All of which could demonstrate behavior which could lead to harm to national security.
American citizens have allowed their personal convictions and ideologies to benefit other countries; bad decisions with grave consequences. Two such spies are Jonathan Pollard and Ana Montes. Jonathan Pollard provided Top Secret information to his handler for delivery to Israel and Ana Montes provided U.S. secrets to Cuba.


Case study: Sending US Secrets to Cuba and Israel

Our first subject was born in Israel, and travels frequently to Israel with an Israeli passport to visit friends and family. He even submits his Israeli passport to his Facility Security Officer (FSO) until needed for travel. However he has not relinquished his Israeli passport because of convenience and financial costs involved with travelling on a US passport. Additionally, he demonstrated problems with Guideline: F because of continuing financial problems and tax delinquency.
While the government has clarified individuals may maintain a foreign passport, doing so for financial gain is certainly an issue.

Read the rest of the article here 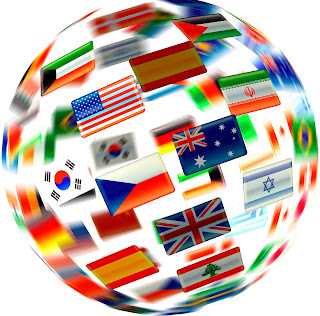 America is rich in international heritage and culture. We pride ourselves in our ability to expand our technology and enhance our military capability. We also recognize that much of this progress directly reflects the knowledge and technical expertise of our immigrant population. We also understand the value of American citizens living abroad who fall in love and marry spouses from their host nations. Many Americans in such situations continue to thrive in jobs requiring security clearances and many immigrants successfully obtain and maintain security clearance. However, some relationships and situations may not be favorably adjudicated. The risk to national security is just too great.
This article is the second in a series covering the Thirteen Adjudicative Guidelines. As a reminder, these guidelines form the investigative and adjudicative foundation of which security clearance decisions are made. They continue to provide the same service during the cleared employees continuous evaluation phase and periodic reinvestigations for security clearance updates and maintenance. The subject employee should demonstrate their competency to protect classified information under the 13 Adjudicative Guidelines and continue to do so once a security clearance is granted.


Situation A: STrong Allegiance to the United States but significant Foreign Influence

In an appeal to an earlier denial of a security clearance, an applicant who emigrated to the U.S. from China states that they have demonstrated loyalty to the United States and argues that there is no reason to deny their security clearance.
However, in spite of strong demonstrations of loyalty to the U.S., they hold strong ties to relatives living in China. The applicant communicates strong sense of duty and affection to Chinese family members. These relatives could come to the attention of Chinese intelligence and become subject to pressure.  This pressure could result in the applicant being coerced through family members to release sensitive data.


Situation b: STrong Allegiance to the United States but significant threat to family members

An applicant from Iraq is denied a security clearance based on civil unrest, kidnappings, and terrorism occurring in their home country and relatives living in Iraq who could be exploited. At the time of the security clearance decision, terrorist groups controlled a large portion of Iraq.
In this case, the applicant maintains contact with Iraqi family members and provides financial support. Additionally, the terrorist activity in Iraq poses a heightened risk that that could lead to coercion. The applicant is vulnerable to threats to herself and family members that could bring her to a decision point between loyalty to the U.S. and her concern for her family. This could result in failing to protect sensitive information.

Read the rest of the article at: https://news.clearancejobs.com/2017/07/11/3-scenarios-foreign-influence-can-cost-clearance/

Jeffrey W. Bennett, ISP is the owner of Red Bike Publishing Red Bike Publishing . He regularly consults, presents security training, and recommends export compliance and intellectual property protection countermeasures. He is an accomplished writer of non-fiction books, novels and periodicals. Jeff is an expert in security and has written many security books including: "Insider's Guide to Security Clearances" and "DoD Security Clearances and Contracts Guidebook", "ISP Certification-The Industrial Security Professional Exam Manual", and NISPOM/FSO Training".
Posted by jeff at 5:32 AM No comments: